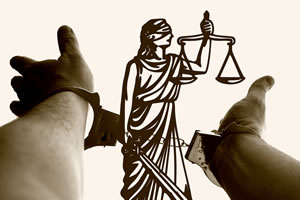 Our crime department is staffed with experienced Police Station and Court Duty Solicitors accredited by the Law Society. They have years of criminal advocacy with a minimum of 10 years qualification, with Higher Court advocacy rights.

The crime department has handled serious cases which includes murder, rape, fraud, football match fixing prosecuted by the National Crime Agency, boot legging, audio and video pirating, money laundering and one of the largest cigarette VAT fraud prosecuted by the HMRC in the UK.

Some of our cases have been reported in the press and one of which made its way up to the House Lords and set a precedent.

In addition, our murder cases which includes the infamous “murder on the Hungerford Bridge” in London was featured in the BBC documentary called the “Crime Kids”.

The firm runs a very friendly criminal department where all the fee earners have a hands on approach. A friendly atmosphere and client needs are highly prioritised.

Our resources are up to date and periodically reviewed to adhere with the current requirements.

The firm has had Legal Aid contract with the Legal Aid Agency in crime, family and housing since 2000.

One of our cases reported in the Law Report set a precedent in the HOUSE OF LORDS, which is R V JOHNSTONE “Trademark Criminal Defence”, May 22, 2003.